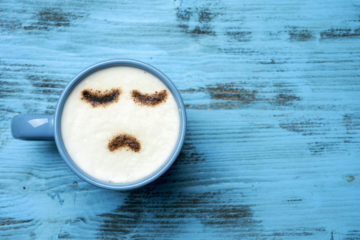 To trust, or not to trust?  That is the question.  After exiting from a relationship in which one was abused, how ought one best approach the issue of trust?  In my case, possibly unusually, despite having been quite severely abused, both physically and emotionally, I did not struggle to trust future men who entered my life as potential partners.  Am I saying that this is a positive thing?

On the one hand, I believe it is.  For it means that I was not allowing the bad behavior/character of my abusive ex-boyfriend to lead me to automatically distrust other men, therefore giving any new man in my life a fair chance to show me naturally whether he was to be trusted or not.

On the other hand, I am questioning the ease with which I trust men.  Is this innate trust that I seem to have perhaps one of the factors that led me deeper, further, into an abusive relationship?  Trusting when it wasn’t earned, when it wasn’t deserved.  Trusting when to others it would have been obvious that the man cannot be trusted!

In the abusive relationship that I found myself in, and in a subsequent long-term relationship in which my partner was, unbeknownst to me, cheating on me, I most definitely had a habit of giving the man I was with, the benefit of the doubt.  Again, and again, and again.  And that was despite my doubts, my suspicions, the warning signs!  So, given that I did see the “red flags”, we can say that this is not a case of blindly trusting.  So, on what basis has my trust lived?

I have asked myself this question.  My deep well of trust was not born out of naivety.  I saw the signs that pointed towards reasons to either at least suspend judgment as to whether something that he said was true, or to veer towards distrusting his future actions in advance because of so many past let-downs.  Let-downs like the broken promises to change, to do better.  So, why did I keep trusting?  Actually, I think the more pertinent question is: Why did I keep hoping?  Hoping that things would change for the better.  Hoping that he would stop hurting me, in any form.  I think the simple answer to that, although it is actually more complicated, is twofold.  1. Since I find it so difficult to “wrap my head around” the fact that a person can and does hurt another person, especially his/her partner, I struggle to believe, or perhaps to accept, that a person would not want to change his/her behavior and work seriously hard on doing so.  And 2. Because I wanted so very much for him to change, as there were some things about him and our relationship that I loved, I didn’t want to lose those things and I fantasized about his cruel ‘side’ leaving him.

So, when does one give up hoping that things will change?  When is enough, enough?!