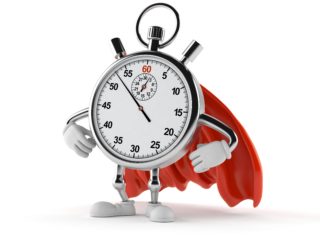 On November 13th of last year, a woman in Oregon, Ohio, called 911 to order a pizza.  She was not, in fact, in the mood for pizza. “This is 911; you have the wrong number.”  Fortunately, the 911 operator did not then automatically hang up. Emergency operators have a talent for picking up on and understanding tone of voice.  Nothing much surprises them. And they are skilled at thinking “outside the box”, as well as thinking logically and practically.

The woman continued with her plan.  “Pepperoni. One large.” The 911 operator proceeded to ask crucial questions.  The conversation would have gone something like this: “Are you in danger?” “Yes.”  “Is someone dangerous in the house with you?” “Yes.” “Is anyone else with you in the house besides the person of danger?” …  “Police are on their way to you. Stay on the line with me if it is safe for you to do so.”

In this November 13th 2019 case in Oregon, because of the awareness and carefulness of the 911 operator who took the pizza ordering call, a potentially very much worse situation was averted.  He, Tim Teneyck, is a hero. But “According to the National Emergency Number Association, … there are no national minimum training guidelines for 911 operators”.  Therefore, “responsibility for adequate training falls to states and local jurisdictions”.  Source: https://www.nytimes.com/2019/11/23/us/ohio-911-pizza-domestic-abuse.html  Retrieved 01/04/20.

The caller’s mother was being physically assaulted.  The 911 dispatcher ordered the police cars responding to the incident, to switch off their sirens as they became close to the destination.  The result of Mr. Teneyck’s judgement: A Mr. Lopez was arrested and charged with Domestic Violence.

For victims of Domestic Violence, speaking in a code language in an attempt to safely alert police to the imminent danger that they’re in, without raising suspicion on the part of the perpetrator, or would-be perpetrator, is potentially life-saving.  However, “Katie Ray-Jones, chief executive of the National Domestic Violence Hotline, which operates 24 hours a day, seven days a week”, although in favor of clever, coded safety techniques “warned that strategies such as ordering a pizza, which was … depicted in a 2015 Super Bowl commercial about domestic violence, may eventually become too familiar for survivors to use, and could tip off abusers.”  Source: https://www.nytimes.com/2019/11/23/us/ohio-911-pizza-domestic-abuse.html  Retrieved 01/04/20.