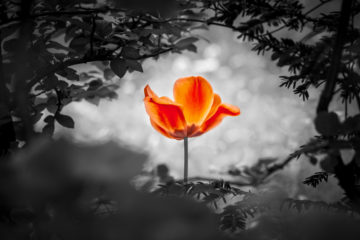 Most people, even those with little knowledge of the dynamics of domestic violence, would imagine that a survivor of domestic violence would feel a certain amount of relief once she has left the abusive relationship.  And even understand that the relief could quite possibly be tainted by the fear that the harm that he is capable of inflicting upon her may not have come to an end, despite the fact that she has physically removed herself from the relationship.  Less people would, I think, be imagining that the loss of an abusive relationship could stir up feelings of grief for a survivor.  Surely, she will not miss a man who abused her?!

In her 2010 paper, ‘Loss, Grief, and Domestic Violence’, Concetta Hollinger lists the losses that a victim of domestic violence could experience when she finds herself in an abusive relationship.  For example: Independence, (the victim is now controlled); Support from family and friends, (the abuser isolates his partner); Trust, (the abuser has betrayed that); The happy life and happy ending that she always dreamed she’d have.  Source: https://www.fcasv.org/sites/default/files/Loss,%20Grief,%20and%20Domestic%20Violence,%20Concetta%20Hollinger.pdf  Pages 30 – 32.  Retrieved 02/16/20.

Taking Concetta Hollinger’s ideas to a time further down the line – hopefully! – I would like to suggest a couple of losses that a survivor of domestic violence may experience and grieve for when she is first out of the abusive relationship.  It could well be that whilst in the abusive relationship, despite the horrors, she kept hoping that things would improve, that the abuse would stop, that he would “come to his senses” and start treating her as she deserved, start loving her.  So, now out of that relationship, she has lost that hope.  That hope will never now become a reality.

The other loss that may surprise a lot of people, and understandably so, is that she will mourn the loss of the abuser.  Not the abuse and not the abusive part of him, but the parts of him that she enjoyed and loved.  Such as: His sense of humor; the in-jokes that they shared; the adventures they went on together; the pleasurable, everyday routines they experienced; “their” songs, that they would sing along to together; their sexual relationship.  The “Dr. Jekyll side” of him.  Losing that side of him brought her grief.  That side of him was very real, and it existed alongside the “Mr. Hyde side” of him.  The two sides never showing themselves at the same time!