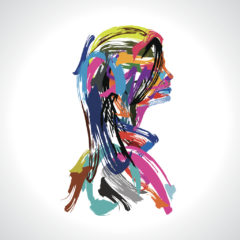 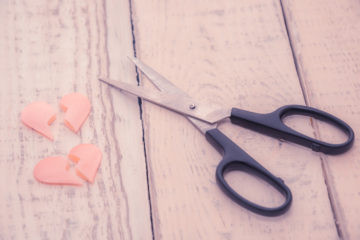 Have you ever experienced the sort of emotional abuse that involves him locking you OUT OF a room, or withholding affection from you?  I have.

It is, I think, more often that we hear survivors of Domestic Violence recount stories of how their abusive partners isolated or attempted to isolate them from their friends and family, or how they were forced to have sex with their abusive partners, despite protesting.  And these are certainly very common occurrences within an abusive relationship.  My abusive ex-boyfriend engaged in the isolation tactic that I have just described, but he also had a couple of other habits, other abusive tactics, that I don’t hear much talk of.

My abusive ex-boyfriend would lock himself inside one of the rooms in the house, so that I was unable to enter and so that, (I came to know), he’d be free to sit at his computer or with his phone and communicate with other women.  He once said to me, when I confronted him about his infidelity, “But it’s you who I come home to at the end of each day!”  An example of verbal abuse.  Keeping me from entering the room where he was sitting, an example of non-verbal emotional and psychological abuse.  I believe that it’s acceptable for partners to keep some secrets from each other.  But this was a case of deceit on his part; of him knowing that the only way to try to hide it from me, was to keep me physically away from the proof; and furthermore, of him knowing that locking me out of the room would likely cause me anxiety and depression.

There were other times when he would be sitting at his computer with the door to the room open, and I would approach him to ask, for example, how his applications for Medical Residency were going.  We worked on them together sometimes.  Quickly, but not quite quickly enough for me to not have seen, the computer screen with a Live Chat in progress would be minimized, and a different screen would have replaced it.  The replacement being, for example, something related to applying for a spot on a Residency Program at a hospital somewhere in the country.  He was desperate to not let me get too close to his Computer of Secrets!  Woe betide me if I were to question him on the minimized screen that I had caught a glimpse of!

Another of his abusive behaviors was to withhold physical affection and sexual intimacy from me.  “Don’t most relationships in trouble look like that?”, you may ask.  Remember that this is just part of a bigger picture.  And this was a way of behaving with the intention to hurt me.  “According to the Gale Encyclopedia of Medicine, the definition of abuse is the following: “Abuse is defined as any action that intentionally harms or injures another person.””  Source: https://www.healthyplace.com/abuse/abuse-information/what-is-abuse-abuse-definition.  Retrieved 7/7/19

I recall the emotionally painful nights that I experienced, when he didn’t go out, but would climb into bed next to me at 4am, knowing that I’d probably wake up and knowing that I had to get up early for work the next day, (he didn’t have to rise early).  He’d then make sure that he remained far enough away from my body to not be touching me at all.  He knew that this would hurt me.  It absolutely did!  And he knew that I would have been suffering emotionally up until then, lying there thinking about him in another room, indulging in his secret world.  He knew I longed for the consistency of a warm-bodied, warm-hearted boyfriend; I had practically begun to beg him to go to bed at the same time as me.  Deliberate neglect.